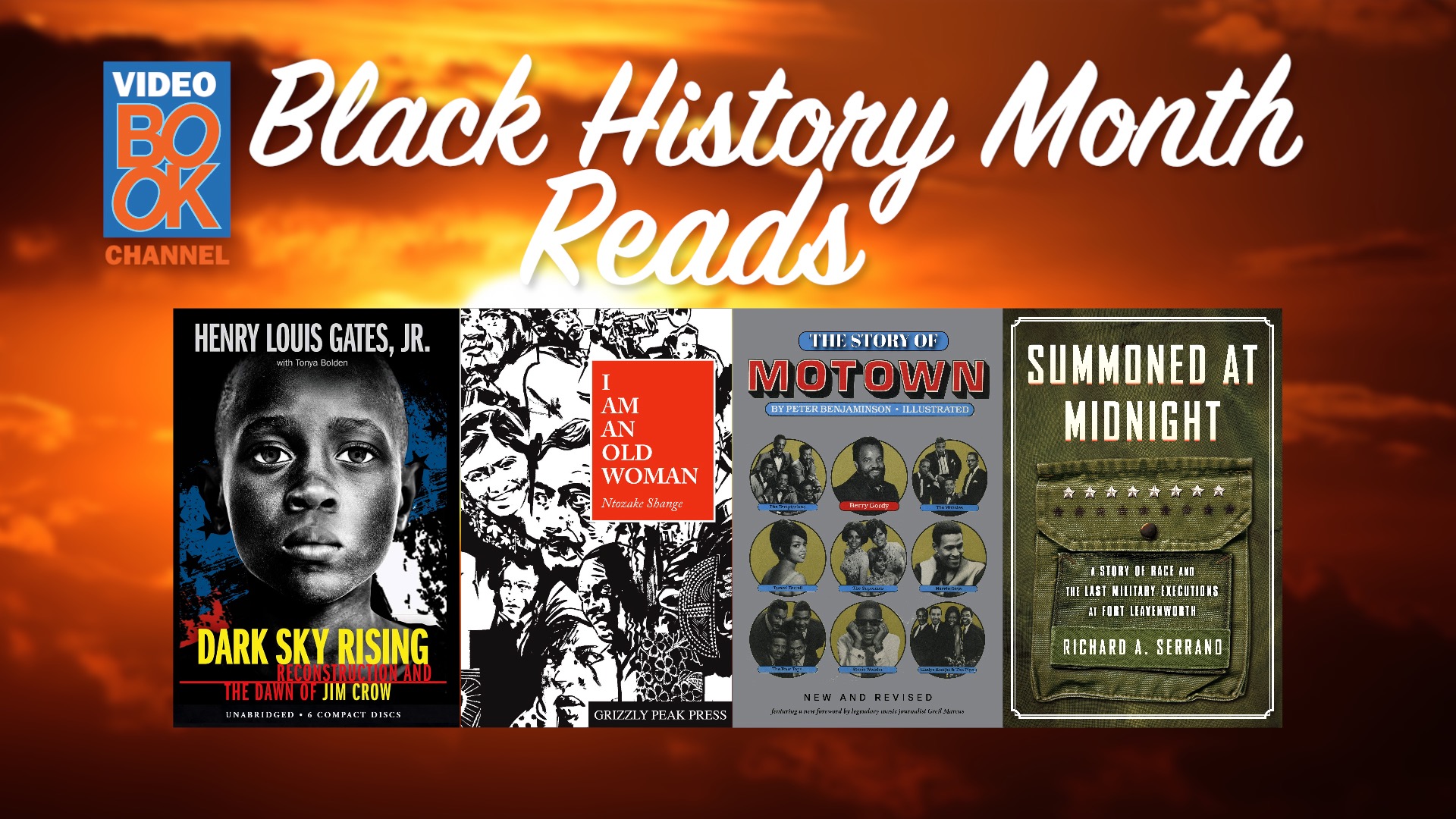 Hi, I’m Kahille with the VideoBook Channel. Black History Month is every month and we like to celebrate February with books that entertain us…inspire us…and inform us.

Summoned at Midnight: A Story of Race and the Last Military Executions at Fort Leavenworth

Beginning just before midnight on March 1st, 1955, the U.S. Army hung three black soldiers, starting in alphabetical order.  Over the next six years, the Army would drop six more soldiers to their deaths---all of them black. John Bennett, the last to be executed, was hung on April 13th, 1961. During this same period, eight white soldiers at Fort Leavenworth's death row were spared. The shocking contrast between the fate of the white soldiers and the midnight hangings of the black soldiers is explored in Summoned at Midnight.

Dark Sky Rising: Reconstruction and the Dawn of Jim Crow

Written for readers ages 9 - 12, Dark Sky Rising is a story about America during and after Reconstruction, that time in American history that marked the ending of slavery, making newly freed slaves citizens with civil rights guaranteed by three new Constitutional amendments. Dark Sky Rising brings readers face-to-face with the people and events of Reconstruction's noble experiment, it’s tragic undermining, and the drawing of the NEW color line in the long Jim Crow era that followed. Above all, Dark Sky Rising celebrates the resiliency of African Americans in times of progress and during times of betrayal.

The Story of Motown

In January 1959, Berry Gordon borrowed $800 from his family and founded the Detroit-based record company that in less than a decade was to become the largest black-owned business in the United States. The Story of Motown details Berry Gordy's triumph over powerful, established financial interests, entrenched popular tastes, bigotry, and racism. In inventing a sound that appealed to whites as well as blacks, Gordy helped black artists control their own music, even as he, himself, exploited his talent. Motown is the story of the rise and fall of one of the most important milestones in American history.

I Am An Old Woman

Ntozake Shange, well-known for writing For Colored Girls Who Have Considered Suicide/When the Rainbow is Enuf and other plays, novels, and poems dealing with the problems of Black women, died recently at age 70. I am An Old Woman is her last known work. In these, her last published words, Ntozake Shange remains as necessary as ever; a timelessly relevant presence that dares readers to speak of her in the past tense.

And save the date for the Harlem Book Fair in July! I’ll be there…and you can watch it! …on the VideoBook Channel.

I’ll meet you at the next book!